From Unbroken Wiki
Jump to navigation Jump to search 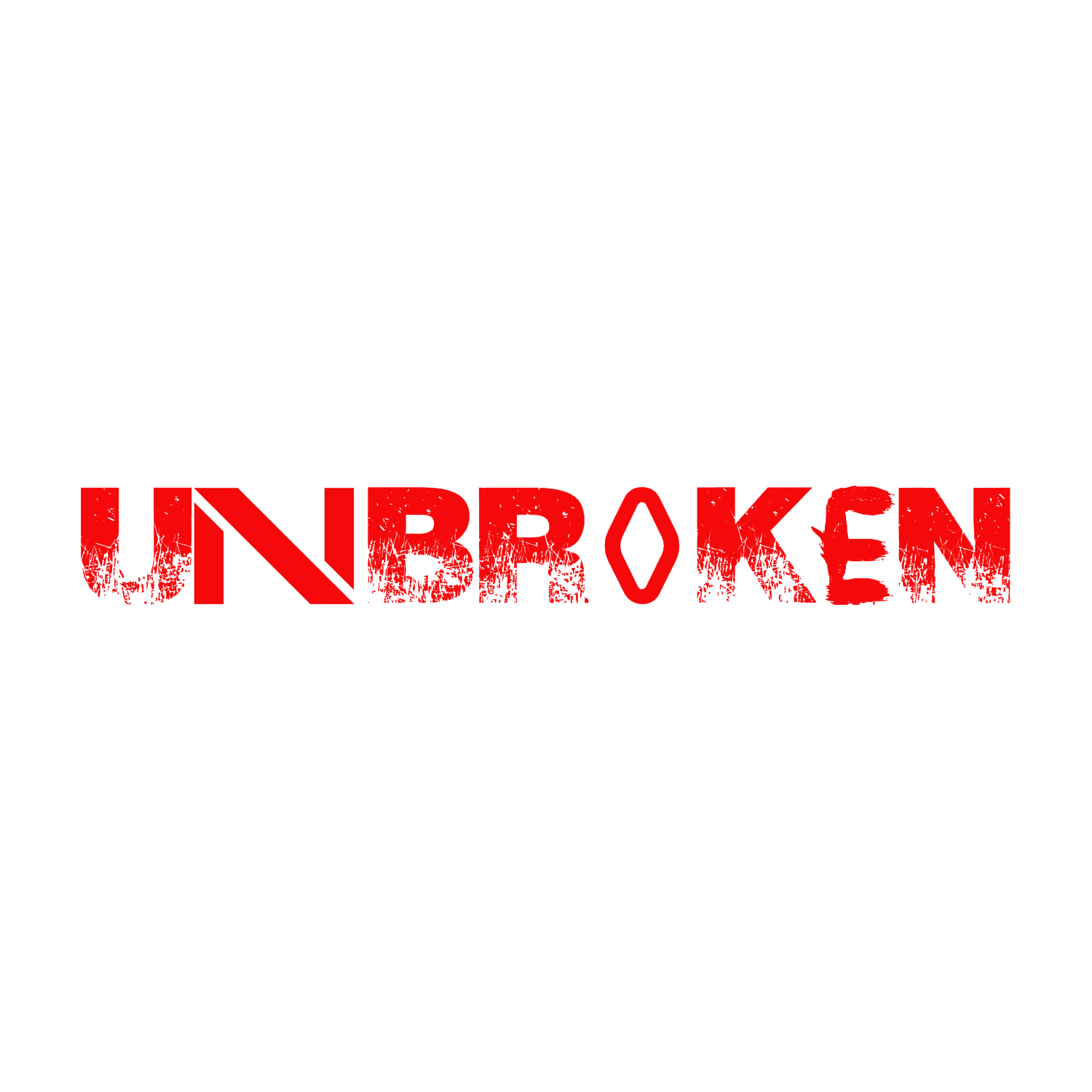 An ancient universe died a gruesome death, its remains coalescing into a singular intelligence: Zaarthren. Lost in a sea of inky void, Zaarthren used the power and knowledge of the dead universe within him to create a new universe in its likeness. Within the burgeoning universe life would emerge--and the young system of stars known as the Milky Way Galaxy would find itself the stage upon which great turmoil and strife would wreak havoc. Unbroken is concerned with the struggles of the factions of the Milky Way, the stories of the characters within those factions, and the worldbuilding within the setting itself.

Primarily, Unbroken's content is recorded and presented on the Unbroken Wiki, though this is mainly for the utility provided to its authors. Many private documents and recordings exist that tell the many stories within Unbroken; such documents and recordings are the source of all information found on the Wiki. Although the authors desire to have at least one complete and definitive document that can serve as an official representation of the project, no such work yet exists, rendering the Wiki the only publicly-available medium for Unbroken content.

Unbroken’s nearly eight-year history can be filed into four eras, each distinct in how serious the writers took/take the project. Each era is characterized by a slew of defining events; be they arcs, the introduction of new tools and platforms, or the addition or removal of writers.

The project begins as a simple role play on the OGZMC Minecraft server thanks to a destroyed version of the server's main world. The initial participants of Devin, Bryan, and Tyler are soon joined by Layne in the beginning of 2013. The story mainly follows the characters of Vepid, Lee, Banjo and Kazooie (now replaced with the original characters of Joseph and Zoey) and not much later, Hazard (replaced with the original character of Nikan) as they survive in a barren wasteland of the Destroyed World (now replaced with Terreki.) The ‘RP’, as it is simply called, is a mainly for-fun activity, but quickly becomes an ongoing focus of the group. Original worlds are even created on the server to replicate the settings seen in the RP, and vessels from the RP quickly dominate a newly created space world.

In this era, the project hadn’t matured enough to even warrant a name. In fact, it wasn’t a project at all, just purely character-driven roleplay fun. It was slaved to the OGZMC server in that all dialogue happened in the server chat, and most physical action was derived from activities in-game (though it eventually reached a point where the game could not support the actions of our characters.) Most lore created in Proto-Unbroken was contrived for the sole-purpose of fun, and was not compatible with good story-telling in its original form. So while today’s lore has its roots here, there's night and day difference in how things look/are now. Curiously, hints of turning the RP into a serious project were present even in this era. There was a point where one writer considered turning it into a Minecraft animation (thank fuck we didn’t go that route) and mentions of turning the RP into a novel happened as far back as early-to-mid 2013.

The role play ascends from the server to Skype, for the purposes of tangible logs. More effort is beginning to be allocated to character development, and the RP is starting to become more of an actual project. While still mainly a for-fun endeavor, the writers pay more serious attention to it, as evidenced by its first ever planned and structured arc, the Qualdron Alignment arc. In March of 2014, the Jaureq arc takes place. The summer of the same year, the project receives its name, 'Unbroken.’ Soon thereafter, a wiki for the project is created on Fandom.com, by Bryan, which would serve as a repository for canon content until 2017. A new member is inducted into the group, Levi, who introduces an entirely new faction and set of stories. One of Unbroken's most prominent arcs, Crysek, takes place over a span of four months in 2014, ending several days before the new year.

During the mid-months of 2015--to everyone's dismay--Unbroken's origin, the OGZMC server, is annihilated by a finicky hosting company who deletes people’s shit without giving them a chance to retrieve it.

As the era progresses, unoriginal story material from other IPs, such as the characters of Banjo, Kazooie, Grunty, and the species of Sangheili, as well as technology like sub-space, and slipstream, see overhaul. Incompatible or unusable original material (all of Aarif's shit) is completely removed in early 2015. Despite weariness from the original authors to induct new members into the project, a couple compatriots from the writers' high-school friend group (Mae and Dakota) are considered for entry into Unbroken. While both created lore in anticipation of joining, only one, Dakota, would gain acceptance, but would not fully integrate himself into the project until years later.

This era of Unbroken is best characterized by the ascension to Skype, and the creation of the first wiki. Character development and story quality began to experience a clear uptrend. It was a turbulent era for the social lives of the writers, with all collectively experiencing their fair multitude of negative events, as well as the transition into adulthood. This turbulence would often times affect the proceedings of Unbroken, causing delays between sessions that would last anywhere from several days, to even several months. In some cases, entire arcs were cancelled due to circumstances outside the realm of the project. This era could be credited with solidifying Unbroken’s place in the group. Despite the issues in the writers' personal lives, a relatively large amount of content, spanning from the incident where Kazooie bombs the Hyperion, all the way to Eternal Solace, was created in this era.

Character development continues to steepen, the project further gaining a serious perspective with the introduction of the 'Tribunal' lore-discussion group meets. A new Minecraft server is created in early-to-mid-2017, and would see multiple Unbroken builds, but would never gain the revere in group culture that the OGZMC server had. Soon thereafter, in the summer of 2017, the Fandom.com wiki is replaced by a vastly superior self-hosted wiki (AKA the wiki your eyeballs are currently looking at) curated and maintained by Devin and Bryan.

Unbroken's epic in scale, and longest running arc, Eternal Solace, sees completion in the September of 2017; two years after its launch. Slack is introduced as a replacement for Skype, a program growing ever-shittier under Microsoft's touch, following Eternal Solace-- all falling in line with the ever-quickening transition of the group to Discord. Role-play session content is becoming more and more sparse, as the delays experienced during the last era are only getting worse. What role-play does happen is being slowed down by the ever-growing content-per-message delivered by the writers (a fact which caused massive difficulties in Devin's late-2017 arc, Princefall.) As a result, most progress is made by under-the-hood lore improvements. Sweeping retcons and overhauls to the lore are implemented to almost all sectors of the Unbroken universe; lore, and even entire events from the proto-Unbroken era are overhauled or downright removed.

This era, while extremely important for the lore quality of the project, is best characterized by its crushing sense of uncertainty. This is in part due to the role play format overstaying its welcome, and bad experiences with developing several story arcs. Lack of general direction also most certainly contributed to the sense of aimlessness. While Classic-Unbroken could be considered more turbulent for the writers themselves (not to say that this era wasn’t turbulent for our social lives), Modern-Unbroken was the most turbulent era for the project itself. There were many times where the writers feared, and sometimes even bought into the prediction that the project would die an unceremonious death. Work still continued on the project, thankfully. Unbroken continued to get more serious, seeing a self-hosted wiki replace the Fandom.com version, as well as the beginning of the Tribunal group-meets, which tended to have varying levels of success. Some of the most radical, fundamentally important retcons and overhauls were applied to the lore during this era.

With the advent of the Crysek Arc rewrite, the role-play format, which had been showing its age for several years at this point, is ditched for a pure-bread narrative writing style. This prompts Slack to be replaced by Google Docs for more appropriate document style collaborative editing. The project becomes an entirely serious endeavor, with the need for character development and the satisfaction of writing good stories supplanting the need for most forms of role-play fun within the project. A Fifth Tribunal takes place in the latter half of October, 2019. The Tribunal is considered a success, and potentially, a turning point for Unbroken, seeing several species gain overhaul or full integration. More sweeping lore changes are integrated into the project, and Dakota is finally realized as a full-fledged member of Unbroken.

So far, this era has been characterized by the maturity brought about by the move to a pure-bread narrative style. Thanks to the recent Tribunal, the bad-taste left by the Modern-Unbroken era has been washed out of the mouth of the writers. Due to a temperament of expectations, and the acquisition of a fairly formed direction, the project now continues onward more deliberately. While I can’t see the future, I am hopeful that this era will serve as Unbroken's rebirth.

(To be added later.)